One way to reduce the costs associated with car use is economical driving. Eco-driving is a car driving technique that improves fuel economy while also reducing the negative impact on the environment and even ensures safety.

While the environmental benefits of eco-driving are difficult to see in the short term, the savings that every driver can make by driving smoothly can be felt immediately.

In some countries, eco-driving is taught as part of the driving curriculum because it improves road safety. According to studies, a calm and composed driver, which anticipates other drivers' driving behavior, often avoids sudden braking, acceleration, and costly accidents.

A skilled driver can save up to 25-35 percent on fuel costs on average, which can add up to significant savings over a year. Especially if a car is driven regularly and if a vehicle must cover longer distances than others.

For example, economical driving can help reduce fuel consumption from 10 to 6 or 7 liters per 100 kilometers, or even more if a driver is willing to improve fuel efficiency by bigger margins.

Anticipating traffic situations allows drivers to drive more smoothly, with less harsh braking and acceleration. This helps fuel economy while also extending the life of the engine, brakes, and tires.

This rule smoothers traffic flow and reduces time spent on the road, especially during rush hours. Anyone who for a few hundred meters accelerates vigorously and then brakes violently at the next intersection more often happens to visit a gas station.

The lower the engine speed, the lower the fuel consumption, so it's essential to choose the right vehicle speed and keep it steady.

The speed at which we can achieve fuel efficiency depends both on the capacity of the engine of the car we are driving and its optimum rpm. Usually, the most economical speed for most cars is between 85 and 100 km/h.

If possible, maintain a constant speed with an optimally selected gear and rpm (e.g., for cars with a petrol or diesel engine, around 2000 rpm) - this will increase fuel efficiency to a maximum.

It would also be beneficial if you waited until the engine reached the proper operating temperature before accelerating.

Throw out things you don't need

Cars became heavier over the last decade. Although car manufacturers managed to achieve a good combination between performance and efficiency, it is essential to know that every unnecessary kilogram affects fuel efficiency in the long term.

If a car has unnecessary luggage in the trunk, and depending on the size of the car, about 100 kilograms of extra weight in the car costs about 0.07 liters of fuel per 100 kilometers 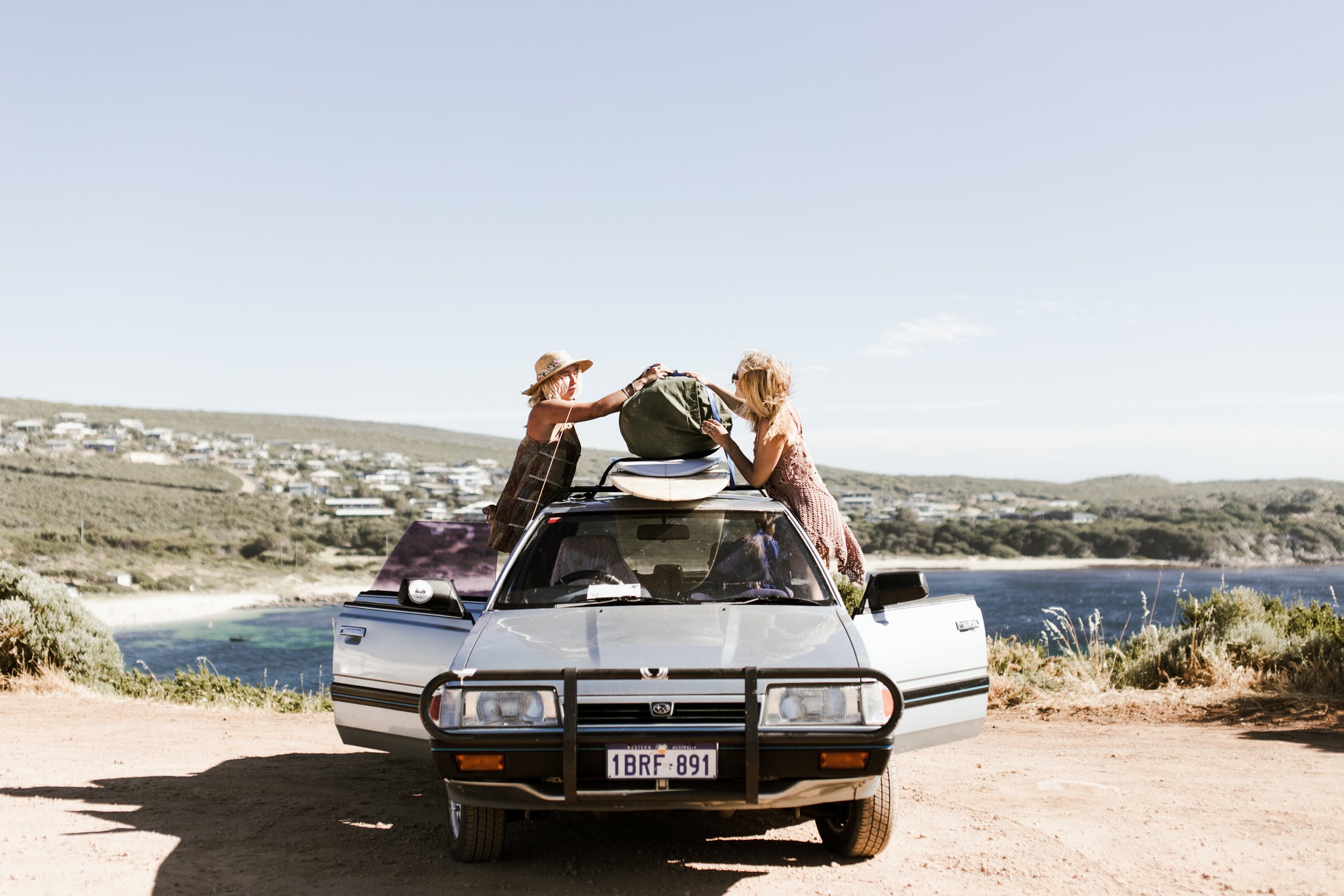 Most modern cars have this handy feature. Especially on sweltering summer days, but drivers should use this feature cautiously.

Air-conditioning increases average fuel consumption by about 0.5 - 1 liter per 100 km. Also, doctors warn that using an air-conditioning system set to a very low temperature can affect your health.

Manufacturers are obsessed with excellent aerodynamics. It helps their creations glide through the air more easily, so when car owners decide to put up roofs or bicycle racks just for fun, these factors can affect fuel efficiency massively.

For example, driving with a rack-mounted fuel consumption increases by up to about 20 percent, depending on driving style.

Pay attention to the tire pressure.

Correct tire pressure has a significant impact not only on passenger safety but also on fuel consumption.

Under-inflation increases fuel consumption reduces safety and shortens the life of the tires (by up to 45%).

Over-inflation is also not recommended as it significantly reduces comfort and changes driving characteristics.

Plan and adapt to your route

Every journey should start from route planning. It can look a bit boring and tiresome, but it will help save money and achieve better fuel efficiency in the long term.

Route planning can help on different occasions. On longer routes, drivers should avoid paths with heavy traffic or those that are currently under repair. Furthermore, if you are driving on the road leading through the hills, you need to make sure that the car, at the time of descent, has a speed that will give it the most significant possible momentum before the next driveway. This will save you from engine operation and make driving even more economical.

On a daily basis, it is sometimes worth taking a slightly longer route but driving smoothly rather than being stuck in traffic, which adds to driver fatigue.

It is also worth considering whether driving short distances is necessary (up to about 5 km). A cold engine consumes nearly twice as much fuel. It hurts engine longevity, especially if it's a modern diesel engine with a diesel particulate filter and exhaust recirculation valve. They both have the potential to clog the exhaust system and damage the diesel engine. 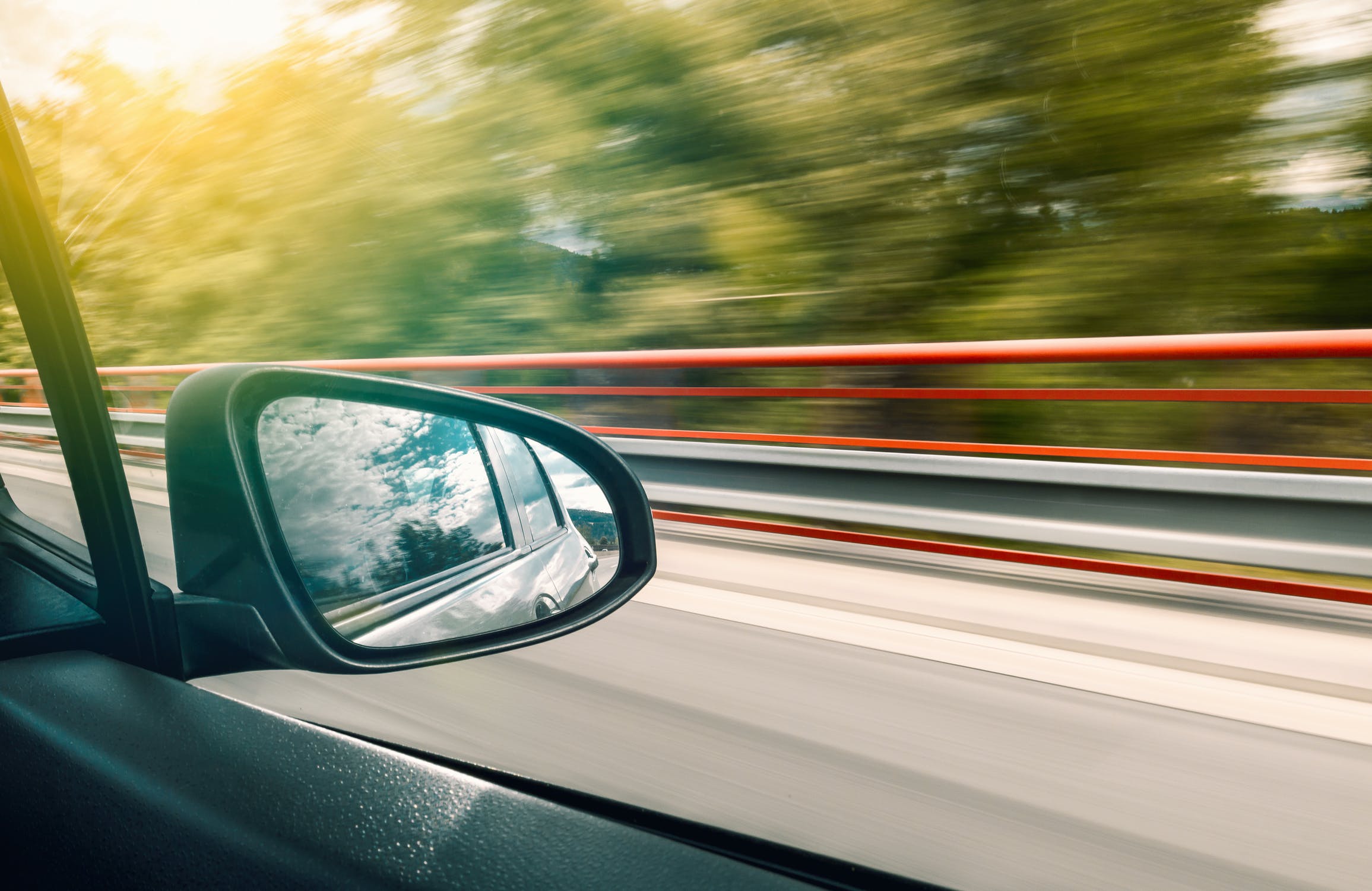 Turn off the engine

If you anticipate that a stop will last longer than 30-60 seconds, it makes no sense to keep the drive unit running using expensive fuel.

Running the engine while the vehicle is stationary is a waste of energy. In this regard, car manufacturers are assisting drivers by increasingly equipping vehicles with Start & Stop systems, which turn off the engine when stopped and restart it when the driver presses the accelerator.

These are a few good habits that help to achieve better fuel economy, but the most critical factor in this game is the driver.

If a driver is willing to slow down and pay attention to various signs, it is possible to lower engine consumption from 1 to 5 or even 6 liters per 100 kilometers, depending on the engine the car is equipped with.

Furthermore, it is also critical to consider where, when, and how much car will be used in various environments.

If a car will be used primarily in towns and cities, a diesel engine is not even worth considering.

On the contrary, if a vehicle will be doing a lot of highway miles while being efficient and economical, diesel will be an unbeatable companion.

The 10 Most Expensive Cars Ever Sold
Diesel, Petrol, Hybrid, Electric – What Car Should You Go For?
8 Tips for Buying a Used Car
What does the vehicle identification number (VIN) mean?
5 best used cars to buy in 2020